With more than one million inhabitants, Cologne is one of the most populous cities in Germany and the biggest in the state of North Rhine-Westphalia.

Located on the river Rhine, Cologne features a beautiful old city. Between the narrow alleys and the traditional old houses you will find traditional breweries, pubs and restaurants, where you can enjoy the famous draft Kölsch beer. With a beer from one of the many all-night kiosks in hand, you can stroll down the riverside and only a couple of hundred meters further you will see the spectacular Cologne Cathedral, which was named a UNESCO World Heritage Site in 1996. Its two towers have dominated Cologne’s skyline since their completion in 1880.

Cologne is also known in Germany for its relaxed way of life, which is expressed in the Kölsche Jrundjesetz (Cologne dialect for “Cologne Constitution”). It consists of eleven clauses that regulate life in Cologne… especially during the time of Carnival. 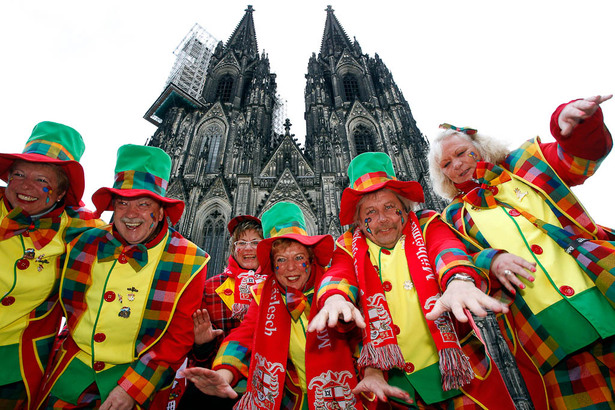 Every year, Cologne also hosts its famous “Carnival”, where everybody dresses up and day drinks for almost an entire week. About two million guests join locals every year to go on a pilgrimage from bar to bar and watch the Rose Monday procession, where you will have candy thrown at you (while you’re still drunk from last night).

And our nightlife does not stop after Carnival – almost every night the streets become crowded after dark. Be assured, whatever gets your freak on, Cologne can offer it: with hipster breweries in Ehrenfeld that offer the weirdest kinds of craft beers, to the punk-rocky alternative bar scene in Kalk and Mühlheim and the good old dance-the-night-away-with-the-Backstreet-Boys clubs that you will find all over town, you will feel no need to sleep.

The University of Cologne also recently celebrated its 625 birthday. Find out more about its history in this video (in German).